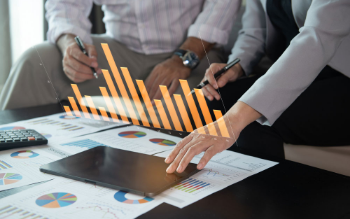 Following two years of pandemic crisis and recovery, 2022 is shaping up as the year investors got serious about inflation. The numbers have been largely meaningless since economies across the globe were halted during the worst of COVID. Until recently, Fed Chairman Powell was adamant that subsequent inflationary pressures were “transitory” due to underestimated reopening demand and lingering supply chain disruptions. He’s less confident now.

Recall that the Fed was trying to normalize monetary policy before COVID. That strategy quickly went out the window. Now the strength of the post-COVID recovery and the notion that today’s inflation is more persistent has forced the Fed to very quickly dust off its pre-COVID playbook – announcing as many as eleven quarter-point rate hikes coming before year-end. This has real implications for investors, and markets have reacted to a new environment quickly.

We will likely write in more detail about these ideas in newsletters, but several forces are at work within the broad stock and bond markets – some rational and some irrational. In the former camp, it makes sense that extremely expensive stocks of companies that are barely profitable (or losing money) would fall precipitously, and they have. Higher rates effectively reduce the discounted present value of future profits and cash flows, so even real companies that are enormously profitable have seen stock valuations compress to a lesser extent. (The 2-year Treasury yield recently topped 2.5% after starting the year around .75%.  The 10-year yield, which drives mortgage rates, has jumped 72% year-to-date to 2.8%.) Markets have moved immediately to where the Fed wants to go, so higher rates are already in the economy whether the Fed tightens 11 times or not.

The big question for investors is how higher rates impact portfolios. Many focus irrationally on whether or not the Fed can engineer a “soft landing” – cooling the economy and slowing inflation without tipping the economy into recession. We say “irrationally” because the price action last quarter and into April was/is markets assimilating the likelihood that higher rates cause a recession later this year or in 2023.