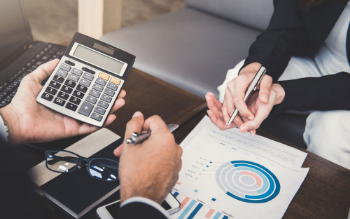 In response to higher-than-expected inflation and rising inflation expectations, the Federal Reserve raised its benchmark interest rate 0.75% in its largest increase in nearly 30 years. Fed Chairman Jerome Powell announced the committee’s decision and provided guidance on future rate hikes as well as the outlook for the economy.

The Federal Reserve’s strong stance against fighting inflation was initially well received by Wall Street, however markets returned to their concerns over the Fed’s aggressive approach and looming recession. Chair Powell referenced two recent inflationary reports, the Consumer Price Index and University of Michigan’s Consumer Sentiment, as reasons why strong action was necessary. Last month’s Consumer Price Index rose 8.6% from a year ago, the highest increase since December 1981, while the consumer sentiment survey hit an all-time low.

Furthermore, the Federal Reserve guided additional rate hikes are coming, including another 0.50% or 0.75% rate increase at their next meeting in July, and forecasted the benchmark rate will end the year at 3.4%. Chair Powell reiterated the committee’s policy decisions will be dependent upon the incoming economic data; however the Fed is clearly focused on doing whatever it takes to bring down inflation.

Considering the Fed’s dual mandate of price stability and full employment, the labor market has been a point of strength for the economy and conditions remain extremely tight. The current unemployment rate is 3.6%, hovering near 50-year lows, and two job openings exist for every person who is unemployed. The Fed modestly revised their employment outlook, raising the unemployment rate to 4.1% by 2024.

While acknowledging economic growth has moderated, The Fed committee sees a path for an economic soft landing, believes the economy is in a strong position that can handle higher interest rates and avoid recession. The Fed emphasized consumption representing two-thirds of our economy, household balance sheets are healthy, and sees no evidence of consumer spending slowing down. However, the Fed also recognized while the economic soft landing is still possible it is becoming more challenging due to factors outside of their control such as the Russia-Ukraine conflict and supply-chain bottlenecks. The resulting spike in energy and food prices for example are set by the global commodity markets and largely out of the hands of the U.S. Federal Reserve.

A silver lining to the committee’s 0.75% interest rate hike and updated forward guidance (including its forecasted 4% terminal rate in May of 2023) is now the Federal Reserve is more aligned with capital market expectations – this is seen as a real positive for markets and investors.

Prior to the announced rate hike, there was a significant disconnect between the Federal Reserve’s formal policy on interest rates and the yield curve. The 0.75% rate hike (combined with another 0.50% or 0.75% rate hike in July) provides confidence to market participants the Fed is not far behind the yield curve anymore. The 4% terminal rate is the forecasted neutral or equilibrium rate necessary to bring down inflation to the Fed’s stated objective of 2% and would mark the end of the rate-hike cycle. The terminal rate is also now aligned with market expectations, which is seen as a benefit to investors providing more clarity and stability to the capital markets. The Fed is aggressively closing the gap to normalize interest rates and its forward guidance is now aligned with market expectations. Over time, capital markets will stabilize, allowing investors to make more predictable and intelligent investment decisions.