Index (or “passive”) investing has enjoyed a resurgence, and not just among Do It Yourself investors. We spoke recently with an advisor who recommends that his young clients invest in an S&P 500 Index fund until they accumulate several hundred thousand dollars. This advice might be right, or it might not; which it is could depend on timing. Stocks rise generally during certain periods of time. Other times, a certain subset of stocks contributes heavily to performance. Adding value through security selection during these stretches becomes more difficult. But indexing, like other investment methods, has its good seasons and bad. If you believe that indexing is always superior to active management, this blog may be worth a quick read.

A Tale of (Almost) Most Two Decades

Comparing the first decade of the SPDRs’ performance with the following 9 3/4 years since, illustrates the changes in sector performance and the success of owning the S&P 500 broadly.

This remarkable stretch in U.S. capital market history included both the end of the “Dot Com” bubble, and the bulk of the 2008-09 financial crisis. Because technology stocks had become so overvalued during the late 1990s, the first decade of the 2000s represented an uncomfortable but reasonable period of adjustment for tech investors. Annualized total returns for each sector are shown below:

We expected to see under-performance by Financials and Tech stocks, but returns for Energy and Utility stocks surprised us. Most significantly, the broad S&P 500 Index (SPY) lost money for the ten-year period, outperforming only two sectors (Tech and Financials). If we take sector allocation as a representation of active management – and it is only one component of active return – beating the broad index during this decade required mainly avoiding the two troubled sectors. 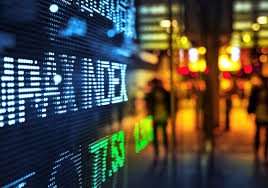 The story changes considerably over the 9 3/4 years since December 31, 2008. Technology and Consumer Discretionary performed extremely well, while Energy and Utilities lagged: an almost complete reversal from the prior decade. While the broad market ranked fifth, its return nearly tied Health Care and Industrials. The performance gap between Consumer Discretionary & Information Technology and the broad market reflects the extraordinary optimism priced into the so-called “FAANG” stocks (Facebook, Amazon, Apple, Netflix, and Google). During this period, outperforming the benchmark without a major commitment to the FAANG stocks was unlikely:

First, removing yourself from the moment is very difficult. At the same time, we know the status quo will change at some point. Amazon’s operational excellence, Google’s search and advertising dominance, and Apple’s design wizardry are undisputed. They are truly great companies. But in time, they too will lose their luster, whether from rising interest rates, economic contraction, regulation, or over valuation.

Secondly, narrow lists of large companies or sectors occasionally contribute an outsized impact to the broad market performance. This is true both when markets are strong, and when they are weak.

Investing passively through indexes may seem most sensible right now. But don’t be surprised if it quits making sense, and if that change comes rapidly. To adapt Twain, reports of active management’s death are greatly exaggerated.

Peloton Wealth Strategists owns the common stocks of Facebook, Inc. (FB), Alphabet, Inc. (GOOGL), and the Consumer Staples Select Sector SPDR ETF (XLP) ETF in its managed portfolios. Peloton Wealth Strategists does not own the common stocks of Apple, Inc. (AAPL), Netflix, Inc. (NFLX) and Amazon.com, Inc. (AMZN) in its managed portfolios.  Readers should understand the opinions expressed above as neither investment advice nor a solicitation to buy or sell securities.  Peloton Wealth Strategists assumes no liability for losses pursuant to investment actions entered into as a result of opinions expressed herein.  Investors should consider changes in economic and capital market conditions and their unique objectives before investing in securities. Please consult your tax advisor for specific recommendations.